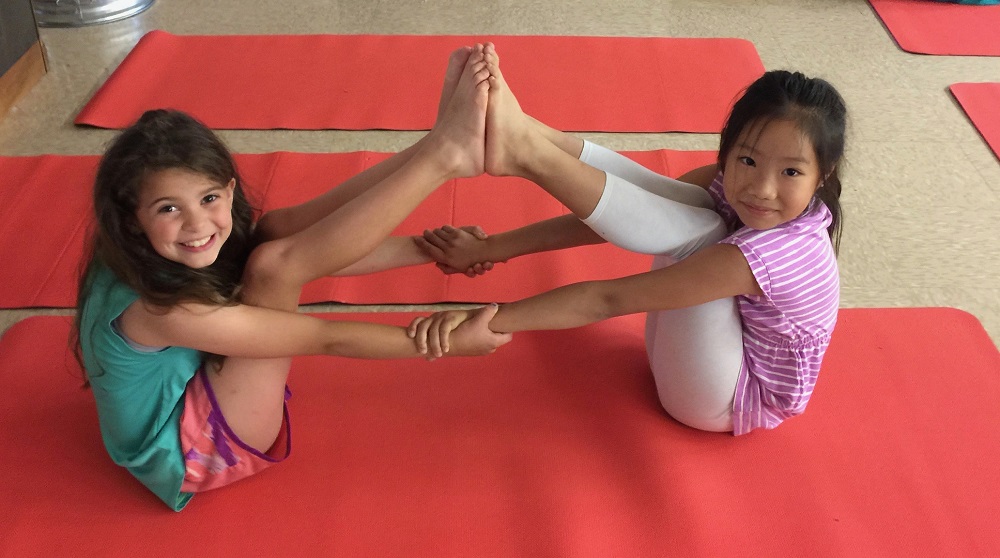 What if we taught kids to tune into their bodies and breath?  Yoga offers children the opportunity to take control of their responses to stimuli and stress and to practice compassion for themselves and others.

My yoga journey began at the age of 29 (I’m 46 now).  Throughout the years, I’ve often said to myself, “I wish I had found yoga when I was younger.”  Not because I’d be closer to twisting myself into a pretzel, but because I now understand and have experienced the benefits of breathwork and yoga.  As an HISD Elementary teacher (and research nerd), I decided to do some reading about the impact of yoga on children Let’s be clear here, there are so many “kids yoga” programs out there.  I opted to steer clear of yoga games and silly animal yoga and instead drilled right down into the impact of a more traditional (breathing, movement, meditation) practice with kids.  Then I took it a step further by piloting a morning yoga program at my elementary school.  The responses from kids, teachers, and parents blew me away!

I’m not saying that yoga fixes everything, but the mindfulness part of the practice can create positive shifts one may not have expected.  Yoga may seem weird to kids at first – lots of them giggle and that’s totally ok!  Lucky kids… For more information, Check out SamaYogaHouston