How a Sketch turned into a Story of Inspiration 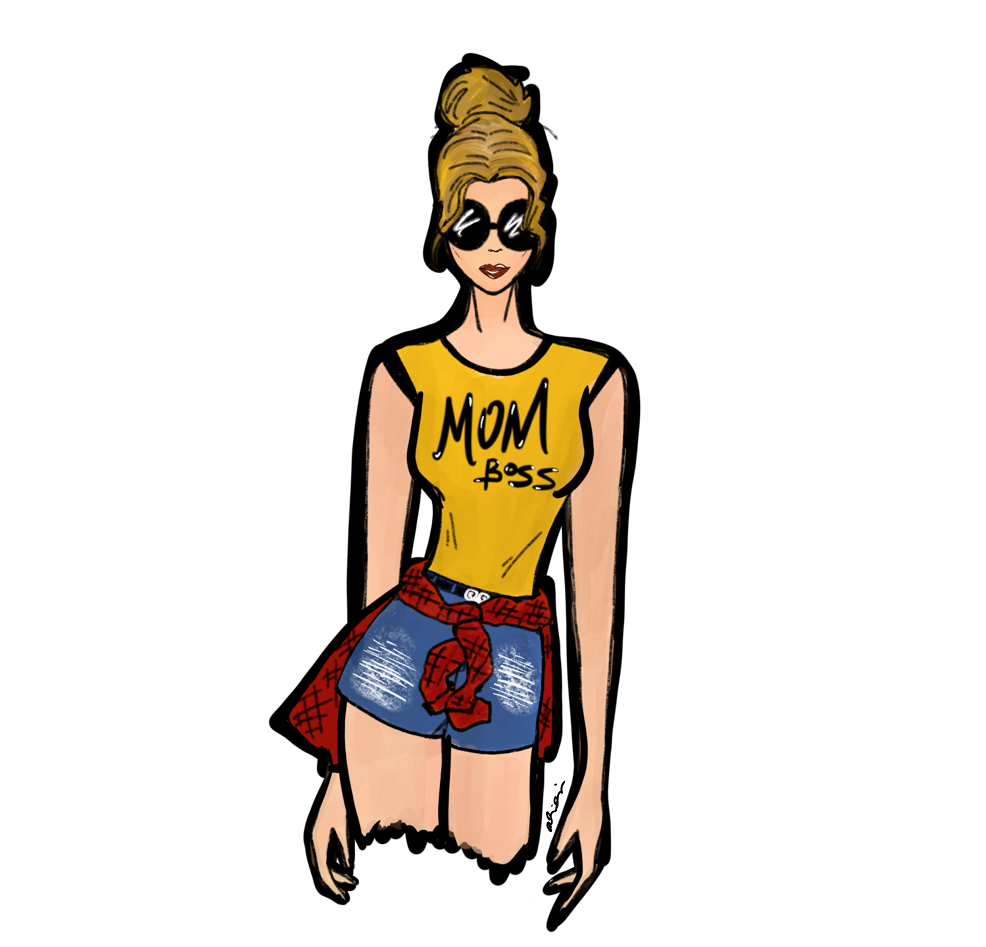 I have always been amazed at how supportive the Houston community is and how we show up for one another.  I find it especially true with moms, we easily encourage each other and try to help one another thrive and succeed.

It’s because of this aspect that my favorite section of the website is the weekly “Meet a Mom” blog post where I get to interview local moms and find out what they love to do and what their passions are (besides parenting). Last month, when I interviewed the amazing Eyebrow Microblading Artist HTX Brow Queen, I saw she gave photo credit to another mom for a sketched image of herself with her logo. The sketch was adorable, a cartoon version of herself holding an eyebrow microblading tool. I did some proactive social media research (aka stalking) to find out that the sketcher had a whole Instagram account dedicated to her delicate sketches and artwork. I quickly befriended Alyssia Aguilar, The Lofty Mom, to know more about her talents and of course, to see if she could make a sketch for me. 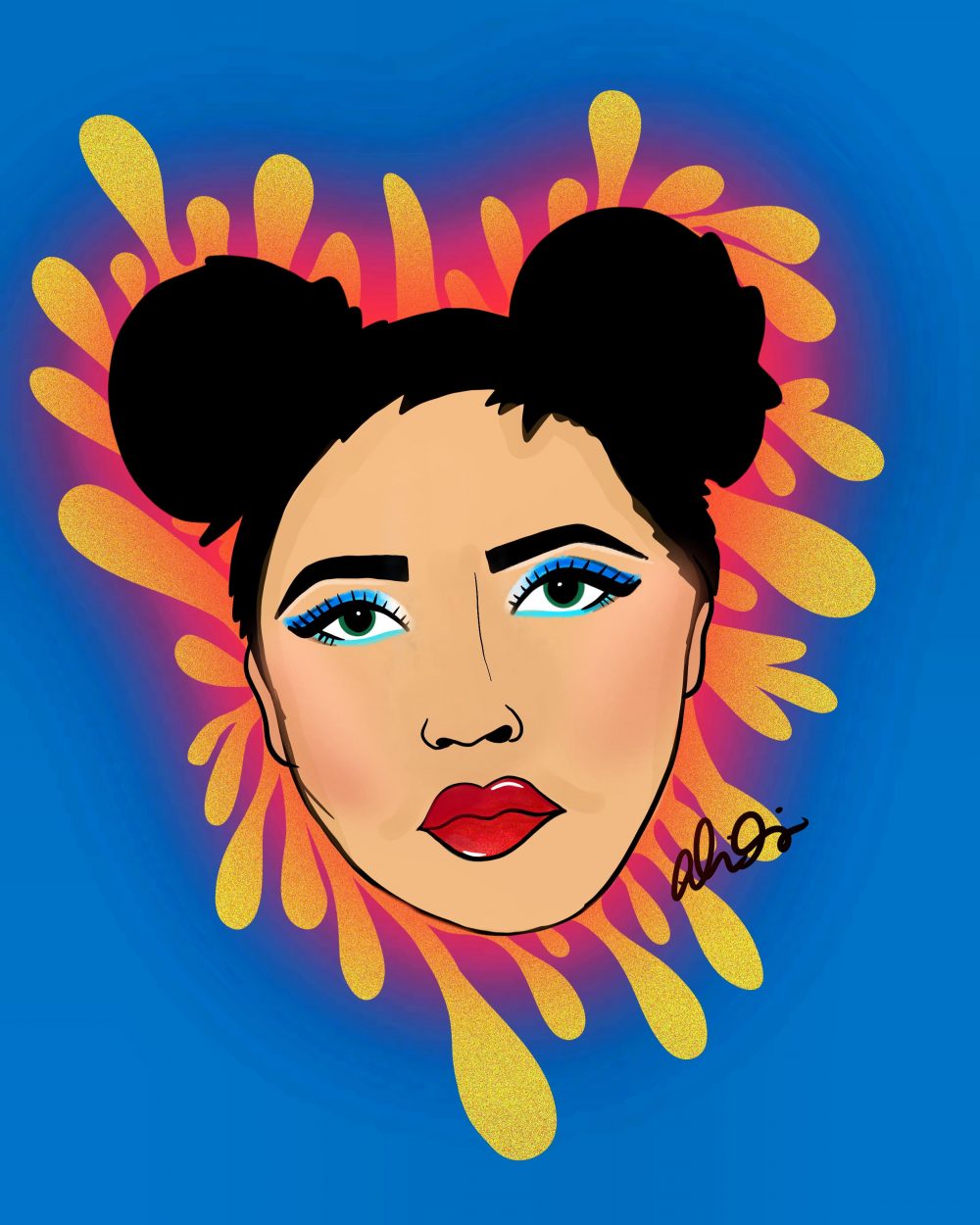 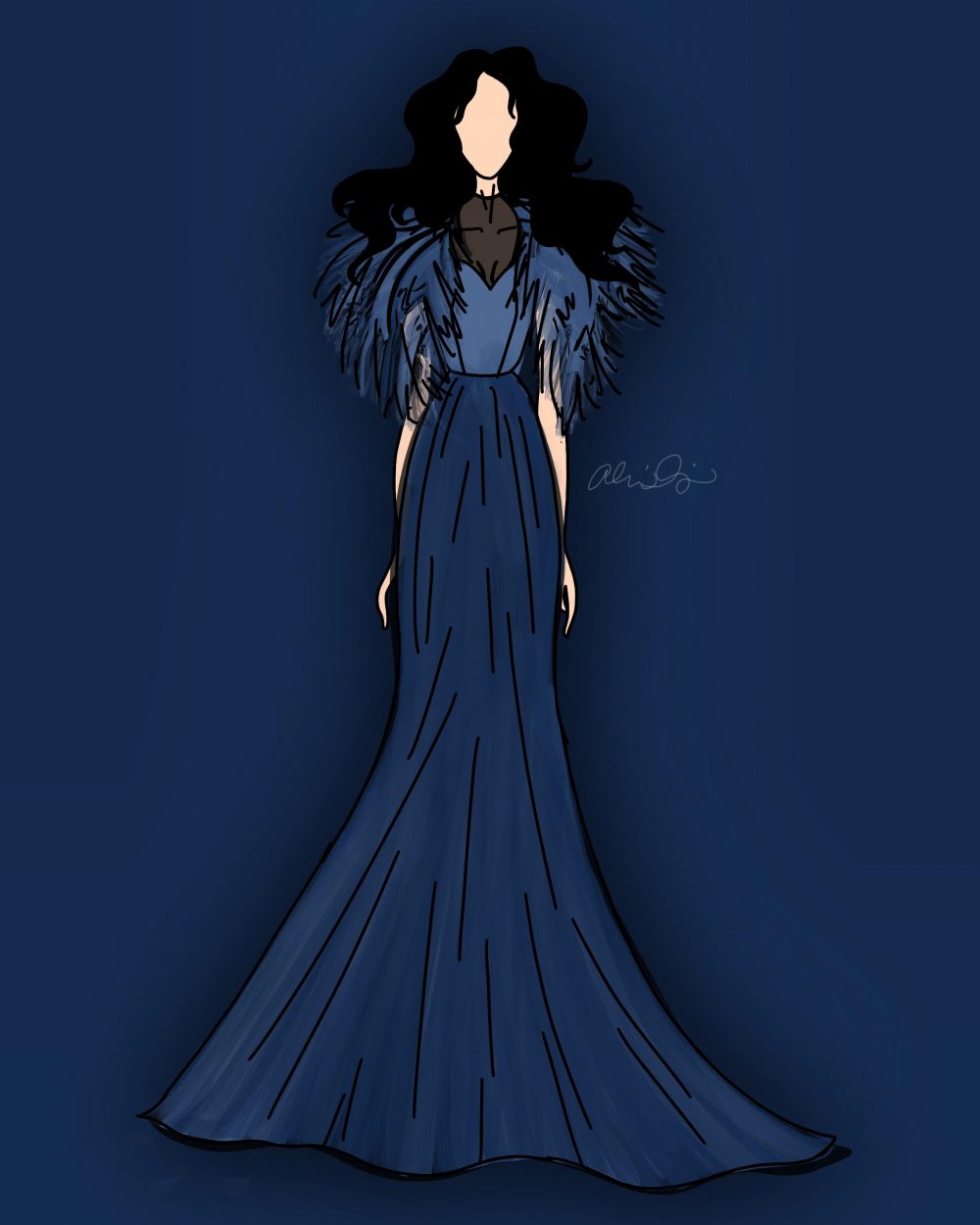 We struck up a dialogue as my curiosity was peaked by her talent and sweet personality, and although we hadn’t even met, I could understand the emotions she was going through as a woman who was adjusting to her new life. As moms and parents, we can lose our identities in the process, something I had experienced personally and something I am very conscious about helping others recognize and support their needs.

Asking her about her life before kids, she told me that she went to school for fashion design and merchandising. After getting her degree she worked in NYC as an intern for a designer. When she moved back to Texas she focused on retail management, helping businesses grow their social media content and then later did event organizing for a local spa in Houston.  She had been doing art projects and drawing since she was a little girl, taking art classes all through school and focusing on fashion design. Her passion was bridal and evening wear because of her love for the details that go into creating a dress. She started her blog The Lofty Mom after her first daughter was born but didn’t make much of it until after her twin pregnancy.

Alyssia explained through our messaging that she had a very difficult pregnancy and had to give birth through an emergency c-section at 25 weeks, giving birth to “micro-preemies” both weighed 1lb 13oz each.  She and her husband Mark Anthony were NICU parents, coming and going from the hospital, dropping off breast milk, and visiting the babies after they were born. At 16 days old one of the twins, their son Mark Anthony II, became very ill and passed away. Heartbroken and consumed with grief, they decided the very next morning that they had to get through it and would promise to take care of themselves first so they could take care of their baby girls.

During their NICU stay, she created daily artwork for the babies so their space could be colorful, decorated and personalized. However she saw many babies who didn’t have that at their bedside, so she began creating works of art with inspirational verses or quotes. She would leave them at the front desk for parents to choose what they loved and would hang them up at their child’s bedside. It gave her a way to release her stress and grief.

This is when she started working on her blog again, she knew they were not the only parents who had to go through loss or deal with being in the NICU. She wanted The Lofty Mom to have purpose and meaning and to share their story, and help support other mothers and fathers while sharing her artwork and passion.

It was after hearing her heartbreaking yet inspirational story that I felt compelled to help get her message out.  Not only for other moms who have gone through pregnancy difficulties and loss but also the component of how she rediscovered her passion and talents and used them to get herself through the toughest situation of her life. She has now started taking on personal clients to create sketches and artwork for their businesses, blogs, marketing collateral, etc. She also can do hand sketched and personalized invitations and children’s room and party decorations. Creating has been a healing process for her, and it has given her value and purpose.

On top of making a new friend and learning about her inspirational story, she created an adorable sketch for me, which was super easy for her considering we STILL haven’t officially met. She looked at a few of my photos from my website and instagram and asked me a couple questions about my style. Within a couple days of multi-tasking and mom duties including tending to her one-year-old daughter Selena and two-year-old daughter Emma, she sent me over my personalized sketch. I am grateful for the power of social media, the warmth of the Houston community and the bond between moms for our friendship and entrepreneurial collaboration together. 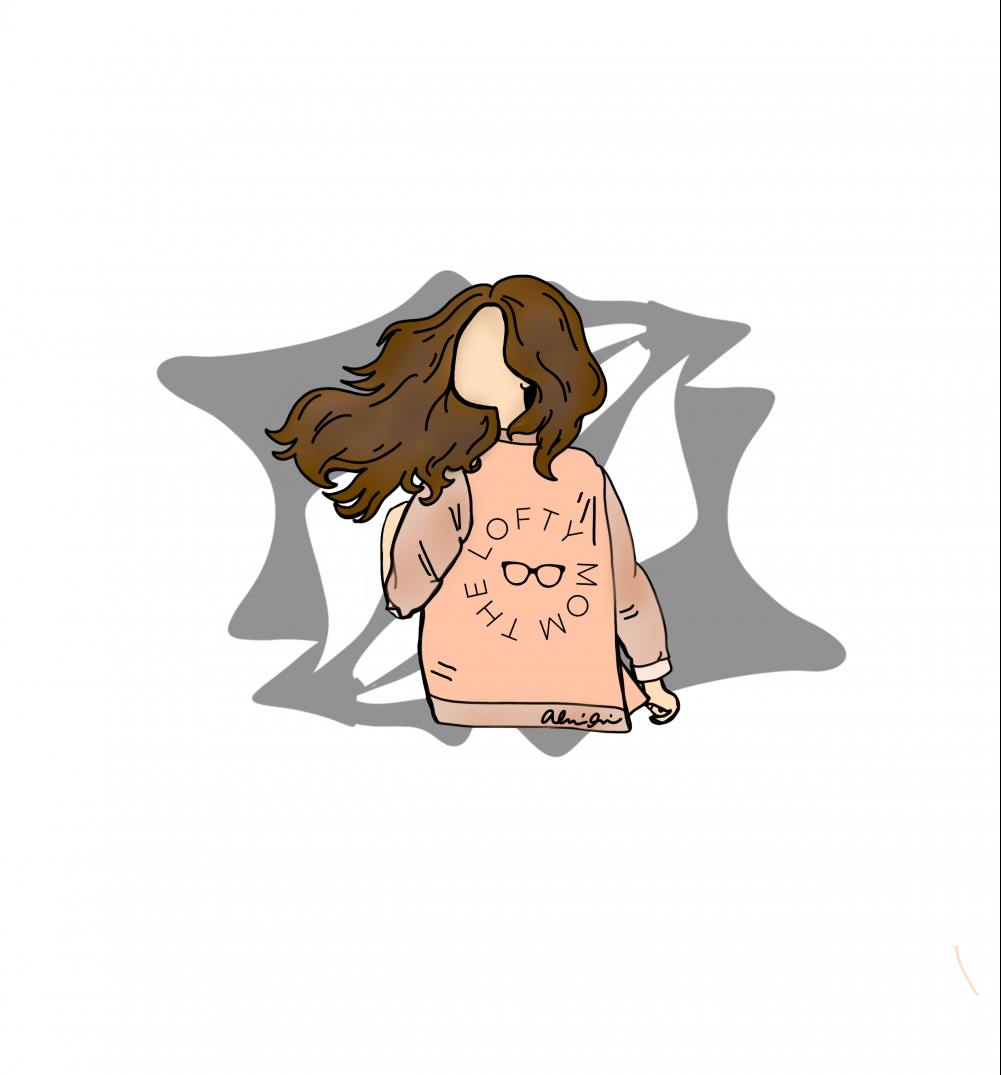 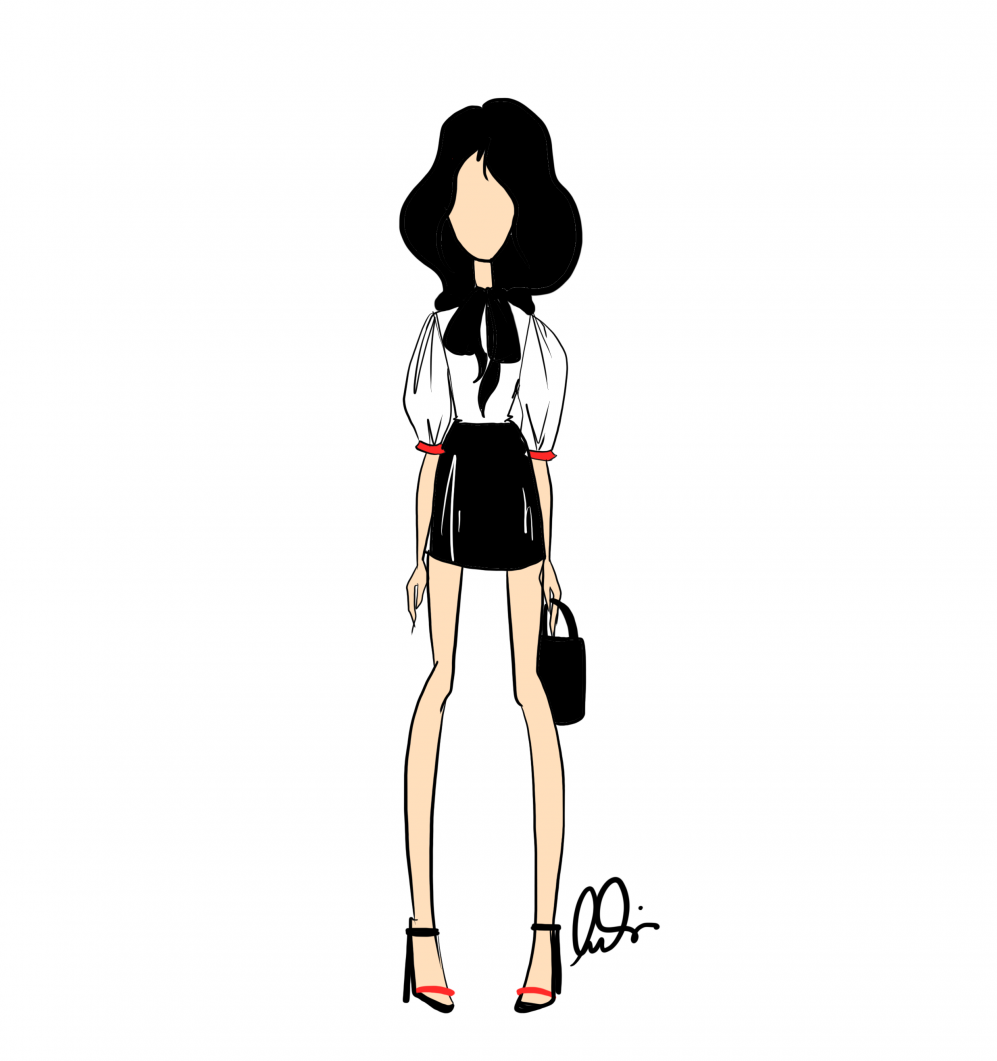