Clutter Control Concierge with Method31 At Your Service

Nothing about a divorce is easy. Even if it’s amicable and civilized, there are practical and emotional upheavals that are unavoidable and may leave you feeling lost.

Downsizing after a divorce can be just as emotionally disruptive as it is logistically challenging. I have recently found myself in a smaller house but with old marital joint possessions crammed in a much smaller space.

Putting my children first was easy and I was great about getting the common areas and my sons’ bedrooms in order… However, areas that were less relevant to my children took a toll; such as my bedroom and the garage. I’m sure you can relate! As for the garage, I couldn’t even park my car in it and it had become a huge eyesore to neighbors as it was full of old yard tools, baby gear and unpacked boxes.

My bedroom closet was also a mini-disaster, I figured that since no one was in there except me, I could bear the mess and chaos as long as my children had somewhere safe to live, sleep, and play.  Unfortunately, this meant that my home office was also compromised as I was working out of the kitchen to provide additional space for the kids to build their glorious blanket forts. What I found though, was that I felt very cluttered, overwhelmed and even a tad depressed.

Cue in the angel of productivity… Leslie Isaacks, professional organizer and founder of Method31 serendipitously came to the rescue. With a no-nonsense attitude, she quickly assessed my house and surmised that I had too many designated “playrooms” for the boys and not enough personal space. Though this was hard to hear as a mom, it made sense that I could not continue to give the boys my best if I didn’t allow myself a bit more room to breathe.  Deciding that the garage was the main artery clogging the veins to the rest of the house, we began there.

Within two hours, we were able to rifle through the boxes and put items into three categories; Keep, Toss or Donate – despite being stuff that had remained in my garage for over a year that I just couldn’t even look at until I had help.  Nonetheless, we had a plan of attack for my garage in a short timeframe and we worked until we were left with a huge collection of items that were eventually hauled off by JunkLuggers. 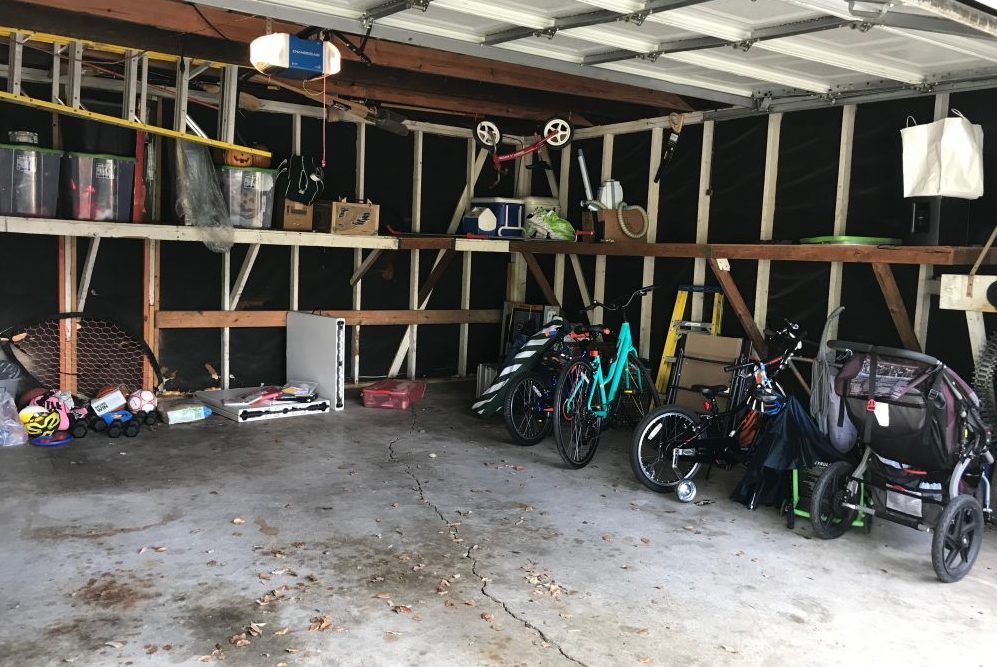 Next came the closet – the contents of which were emptied onto my bed and floor. Immediately, she had constructed a new living space for my wardrobe and shoes with a nook for my jewelry and vanity area. My clothing was color-coded with matching hangers and assorted by type which instantly made me feel like I was shopping out of my own boutique.

Check out the BEFORE pic (on the left obviously) and the two amazing AFTER pics on the right!

Last to tackle was my home office.  Being mobile meant switching rooms, working off the kitchen table or in one of the (three) playrooms. We chose the room that was the most visually appealing to me where I felt peaceful yet still able to monitor my kid’s activities. She quickly and effortlessly put together my desk (one of the many items that were sitting lifelessly in my garage for the past 365 days) and rearranged the furniture to make room for me and my new workspace.  Not more than 30 minutes passed by and Leslie had built my desk, plugged in all electronics and my printer and was garnishing my new home office with a vase of flowers.

Voila, within a week, she was able to inspire the motivation to clean out my garage, organize my closet, and set up a home office.  But more than that, I wasn’t just existing in my home.

One of the best lessons I learned from Leslie, was to not hold on to things – take a photo of it and toss it! She was right. I had held on to so many items for over 5 years, almost paralyzed with what to do with it and holding myself back from moving forward. However, my refreshed home has left me feeling so free and energized, with so much more room to create new memories with my kids. My bedroom even feels glamorous, something I haven’t experienced in ages. Overall, working with Leslie has put the pep back in my step – and has helped me see that there is no challenge that cannot be tackled with a little help from a friend!

Method31 founded by Leslie Isaacks in 2016, offers clutter control and concierge services to residents of the Houston area; including Bellaire, River Oaks, West U, the Heights, the Galleria, and more.  They help individuals who are downsizing, minimizing, streamlining, or just looking for a bit of extra support.

Mention West U Moms and receive 10% off 3+ hours of services.