Halloween is Back! | West University Moms 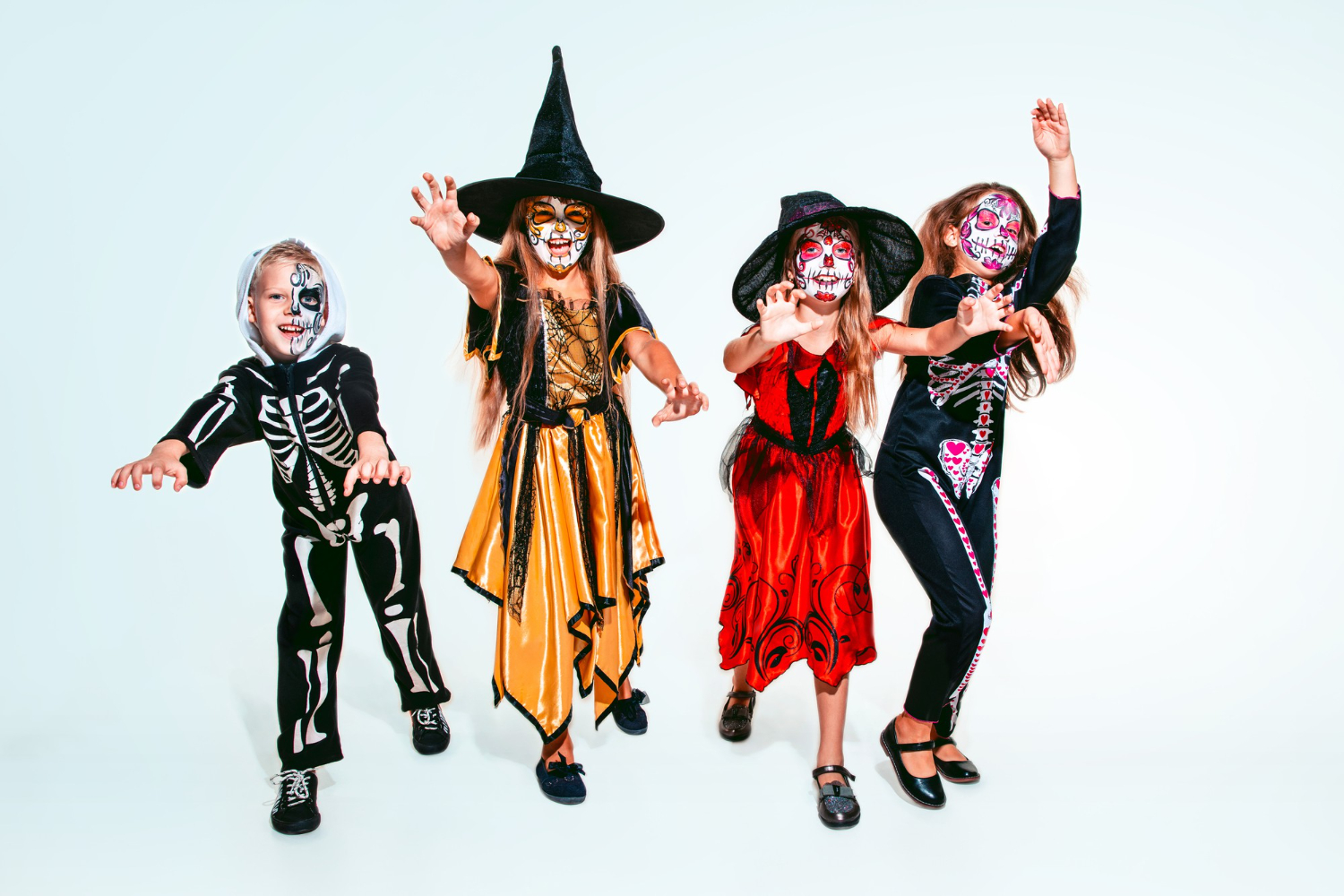 We can all pretty much agree that Halloween 2020 was a non-event. Halloween parties were rare, and trick-or-treaters were few and far between. After all, who wanted to bring Covid-19 home along with their Snickers bars, candy corn, and red hots?

This year, kids and parents are looking forward to (socially distanced) parties and moderately restricted trick-or-treating, so the annual hunt for the best costumes is back on. West U is famous for its robust celebration of Halloween so a brief rundown on this year’s hottest costumes for kids and adults, most based on 2020-2021 popular movie and television characters, is in order. Cruise Amazon as it will probably be your go-to source for what you need, or at least a try-it-first source, and try shopDisney.com as well.

Gentlemen, if you watched the Emmy Awards this year, you know that there’s nothing hotter than “Ted Lasso.” So why not a Ted Lasso costume? This is one of the easiest costumes to put together as all you need is a (fake) thick, black mustache, a dark blue tracksuit, and an AFC Richmond jersey. Consider adding a visor and a lariat whistle. Or you might go a bit more flamboyant and trick yourself out as Lil Nas X in his “Montero” music video where he appears as a blue Marie Antionette in a blue wig, blue eyeshadow, a blue denim vest, crystal dangling earrings, pink “dickie” pants, and a pair of hand weights (don’t ask). And there’s always Guy Fieri who resembles no one else on the planet with his spikey dyed blond hair, goatee, flashy bowling shirt (do not substitute a tasteful guayabera!), oversized wrap sunglasses (preferably pastel frames), white undershirt, sweatbands, and an impressively large pair of bbq tongs.

For the ladies, what about going a bit dark? You’ll stun everyone as the deadly Cassie in a “Promising Young Woman,” complete with nurse uniform and rainbow-colored hair, or as Nicole Kidman’s character from “The Undoing,” Grace Fraser. Kidman had every scene stolen by her spectacular wardrobe of jewel-colored coats…and those strange, somehow creepy, red leather gloves. (You’ll probably do better at a resale shop for the coat.) Or what about everyone’s love-to-hate gal, Cruella DeVil from “101 Dalmations?” Easy – red dress, swirly black cape, black masquerade mask, and that white|black hair. If you must be a sweetheart, why not be Daphne Bridgerton? The “Bridgerton” heroine slays in long satin finger gloves (white of course), mouthwatering jeweled necklaces, and simple empire white or pale pink gowns. Don’t forget your tiara.

How about a “Cobra Kai” look from the hit Netflix martial arts “Karate Kid” knock-off series? Choose a specific character or a generic “Cobra Kai” student. You’ll need a black gi (martial arts suit), belt, headband, and (optional) a red jacket. Or what about tearing through the neighborhood as Lilo from “Lilo and Stitch?” Genetically engineered extraterrestrials are always in demand and this costume, really an oversized jumpsuit comes with a hood and big foam ears. There’s also the three creepy Sanderson sisters from “Hocus Pocus” (take your choice), and perhaps most on-point, Wanda Maximoff’s Scarlet Witch costume from the Halloween episode of “WandaVision,” a miniseries from Disney’s streaming service. And don’t forget the wrestler, Wanda’s Halloween vision in green and yellow full bodysuit, gloves, shorts, cape, and a cowl.